A Fiber with Core diameter much larger than the Wavelength of Light transmitted that allows many Modes of light to propagate. Commonly used with LED sources for lower speed, short distance links.

Some Multimode fibers have a Core Diameter which is just somewhat larger than that for a single-mode fiber, but still much smaller than the Cladding diameter. Other fibers, called large core fibers, sometimes have a core which is hardly smaller than the cladding. These latter fibers can guide more light with poor beam quality, but for preserving the Beam Quality of a Light Source with higher brightness it can be better to use a fiber with smaller core and moderate numerical aperture.

A multimode fiber is a fiber with a core diameter much larger than the wavelength of light transmitted that allows many modes of light to propagate.

In basic terms a multimode fiber is an Optical Fiber that is designed to carry multiple light rays or modes at the SAME time. This means that the core is larger and therefore is able to carry more power than a single Mode fiber. However this also means that it is not able to efficiently transmit the power over long distances because of the amount of Reflection taking place. It is much more effective for communicating over shorter distances.

Multimode fibers are less expensive and easier to install than Single Mode fibers.

Multimode fibers for Data generally have core diameters of 50 µm, or 62.5 µm.

Both single mode and multimode fibers have an overall diameter of 125 µm from center to the outer area of Glass known as the cladding layer. The glass in the cladding Layer has a slightly different Refractive Index than the core glass. This differential is what keeps the majority of light travelling down the core. 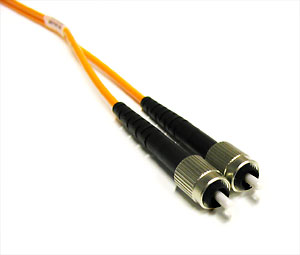 Sign up for the Timbercon newsletter:
This site uses cookies to enhance the user experience, and by browsing this site, you are accepting the receipt of cookies on your browser from this site. To manage use of cookies, please refer to your browser settings. Click here to learn more.
I Accept Learn More