A Filter that separates Light into many colors via Bragg's law. Generally refers to a Fiber Bragg grating used in optical communications to separate wavelengths.

A fiber Bragg grating is a periodic or aperiodic perturbation of the Effective Refractive Index in the Core of an optical fiber. Typically, the perturbation is approximately periodic over a certain length of e.g. a few millimeters or centimeters, and the period is of the order of hundreds of nanometers. This leads to the Reflection of light (propagating along the fiber) in a narrow Range of wavelengths, for which a Bragg condition is satisfied. This basically means that the Wavenumber of the grating matches the difference of the wavenumbers of the incident and reflected waves. (In other words, the complex amplitudes corresponding to reflected field contributions from different parts of the grating are all in phase SO that can add up constructively; this is a kind of phase matching.) Other wavelengths are nearly not affected by the Bragg grating, except for some side lobes which frequently occur in the reflection Spectrum (but can be suppressed by apodization). Around the Bragg wavelength, even a weak index Modulation (with an amplitude of e.g. 10^-4) is sufficient to achieve nearly total reflection, IF the grating is sufficiently long (e.g. a few millimeters).

The reflection Bandwidth of a fiber grating, which is typically well below 1 nm, depends on both the length and the strength of the Refractive Index modulation. The narrowest bandwidth values, as are desirable e.g. for the construction of single-frequency fiber lasers or for certain optical filters, are obtained for long gratings with weak index modulation. Large bandwidths may be achieved with short and strong gratings, but also with aperiodic designs.

As the Wavelength of maximum reflectivity depends not only on the Bragg grating period but also on temperature and mechanical strain, Bragg gratings can be used in temperature and Strain sensors. Transverse stress, as generated e.g. by squeezing a Fiber Grating between two flat plates, induces birefringence and thus polarization-dependent Bragg wavelengths. 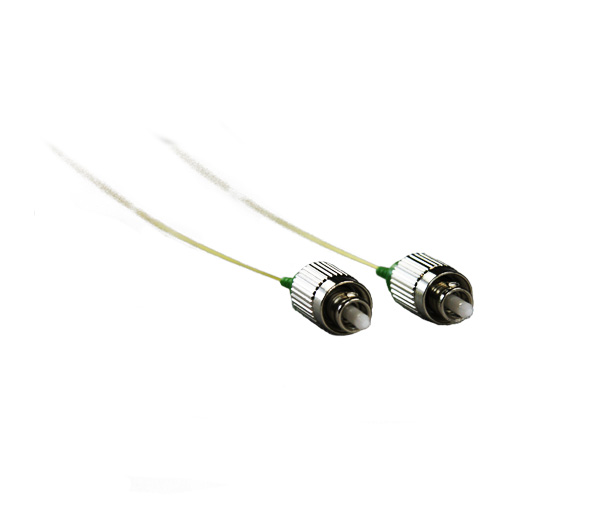