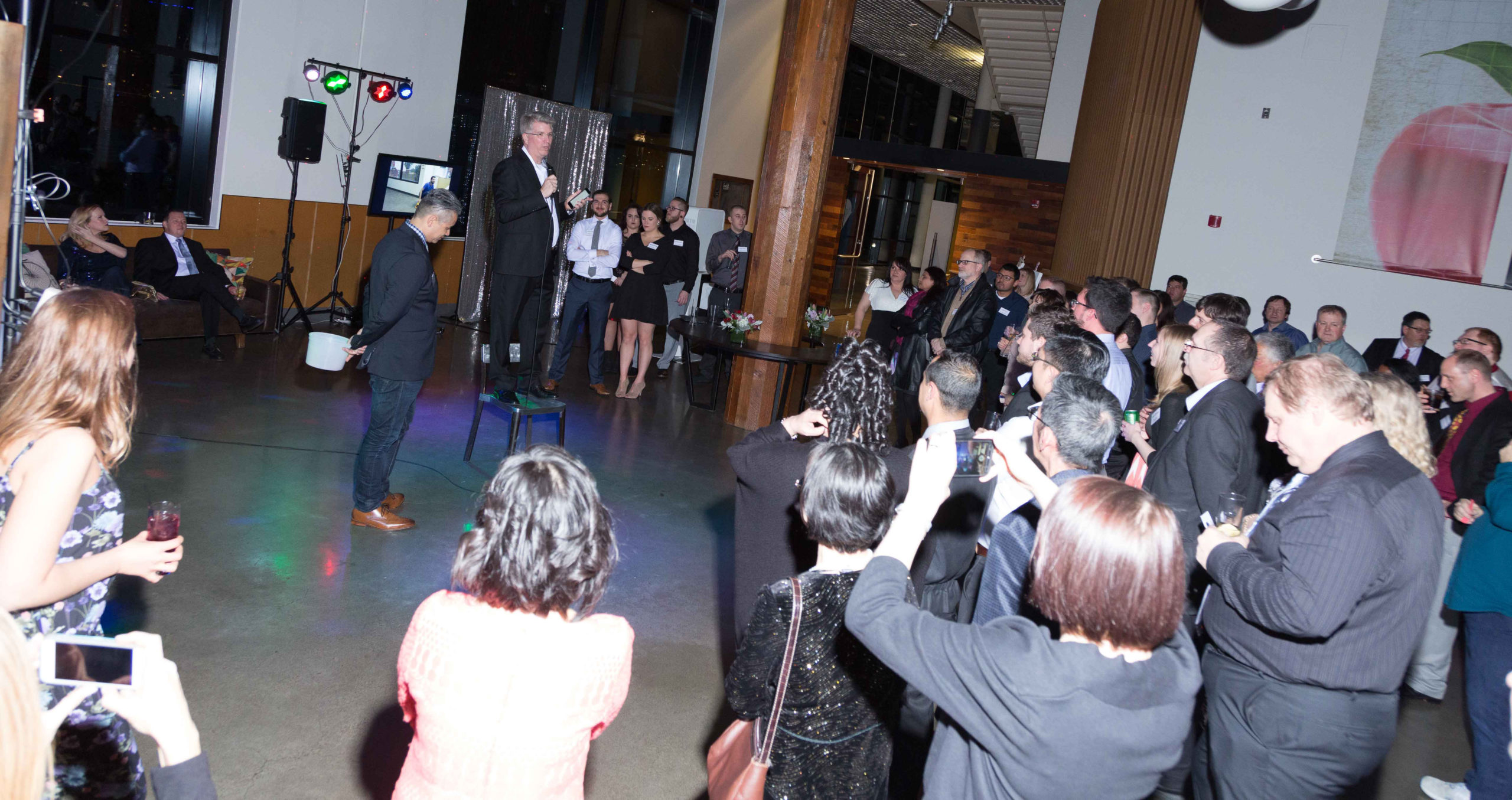 On Saturday, March 11 Timbercon celebrated its 20th anniversary with an off-site event held at the Oregon Museum of Science and Industry (OMSI). The company treated family and friends to dinner and the chance to meet past employees from the twenty years of Timbercon history. Other highlights included raffle prizes and tours of the Blueback submarine outside OMSI. Company founders Eric Meslow and James Davies provided a brief history of how the company began and some of the major milestones it has surpassed. “Twenty years ago we were just two guys in a spare bedroom. Today we are all part of a family that has helped create twenty years of amazing success,” said COO James Davies. “It’s incredible to see what the Timbercon family has become.”

“Back when we started this company we never thought we’d be here,” said Timbercon president Eric Meslow. “We are so proud of what we have all built and we hope to see it grow even more over the next twenty years. Thank you.”

To all who have helped make Timbercon a twenty-year success, we thank you.