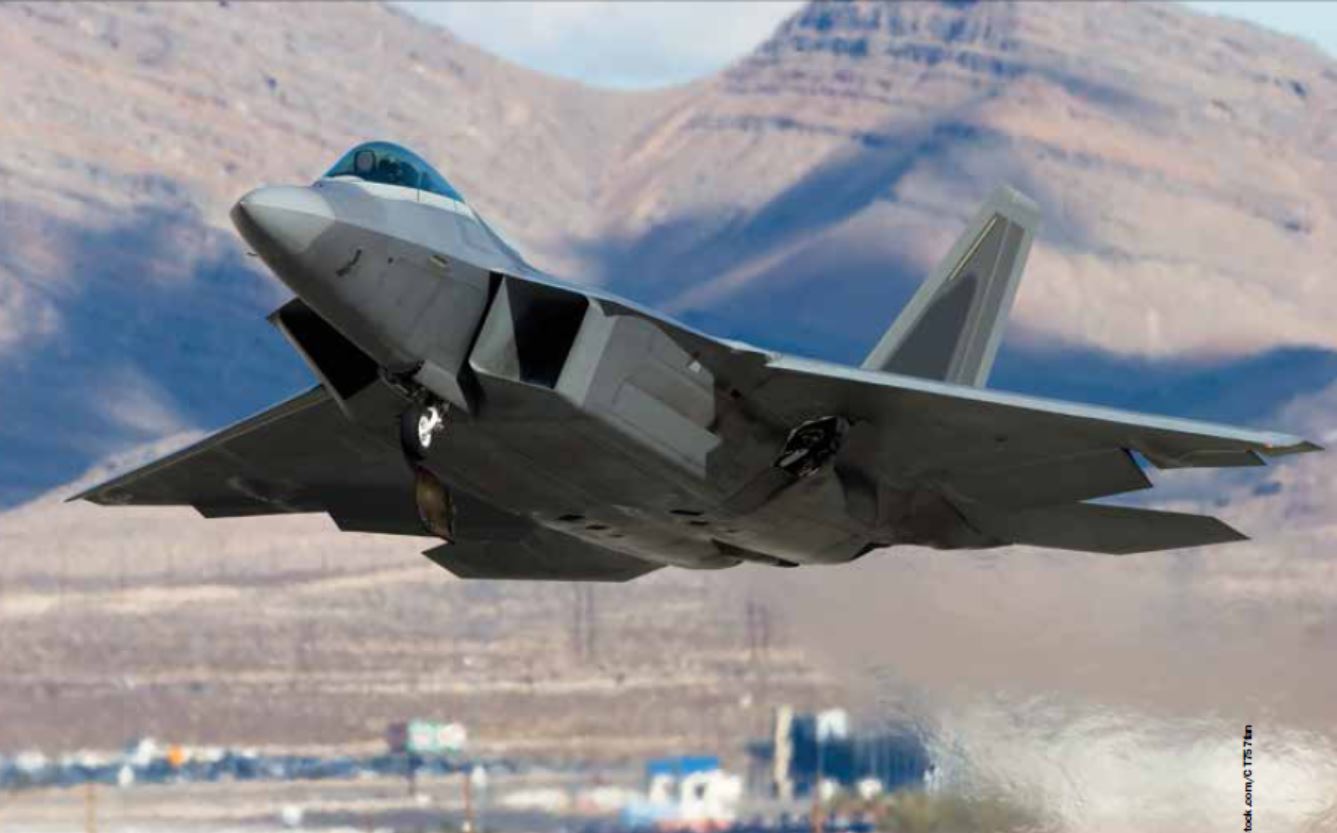 In its most basic form, bare optical fiber consists of a silica core and a cladding whose indices of refraction vary slightly. However, bare fiber is not very useful beyond a laboratory setting because its performance is highly susceptible to its environment. An outer coating is usually added to provide extra flexibility and mild protection for even the most simple of applications. A variety of factors, such as temperature, vibration, outgassing, and debris, can cause fiber communication channels to fail and thus inhibit the flow of information. In order to keep the bare fiber functioning properly, it must be built to withstand the stresses caused by the environment where it is used. This is why harsh-environment fiber optic components are critical in applications and systems where bare fiber would otherwise be prone to failure.

“Harsh-environment fiber optics” is an overarching term that encompasses a variety of scenarios, each imposing different conditions that threaten the integrity of fiber communication lines. Any environmental condition requiring that extra features or protection be built into a cable to ensure reliability can be considered a fiber optic harsh environment: extreme high/low temperatures, shock, vibration, radiation, pressure, corrosive conditions, and anything else that could cause a fiber optic connection to fail.

The military field-base cable will need to be designed for hundreds of mates, quick installation, repairs that can be completed in minutes, and a variety of weather conditions. In addition, it will likely need to be resistant to a variety of mechanical stresses, such as driving over it with an 8000-lb Humvee or dragging it across rough terrain. On the other hand, an underwater earthquake detection cable will need to have a high-quality environmental seal and be resistant to long-term effects, such as hydrogen diffusion caused by exposure to the water, and also be able to withstand substantial pressure (up to 174 kpsi), depending on the water depth.

The aerospace industry has seen a recent uptick in demand for harsh environment fiber optics, in both orbital and outer space applications. Demand for increased data transfer rates and a need for a more lightweight design compared to traditional copper cabling require that the internal communication systems of many aircraft and spacecraft be upgraded for optical data transfer using fiber.

The use of highly functional fiber optics in flight, however, is not entirely straightforward. When designing fiber systems for flight, there are numerous concerns to address, including air voids in connectors and the fiber’s resistance to radiation. Predominant among these concerns are the cable’s resilience when exposed to large fluctuations in temperature, violent vibration, and outgassing. All components — from the labels and epoxies to the connectors and cabling — need to be designed to function consistently and reliably under extreme conditions.

Temperature is one of the primary considerations when designing a fiber optic cable for aerospace applications. An alternative coating will be required for fiber exposed to temperatures exceeding 85 °C, because the acrylate coating on standard fiber will begin to deteriorate. In addition to the coating, jacketing material will also vary based on temperature.

The optical performance of the fiber itself is also affected by temperature. The index of refraction of the core and cladding can vary with temperature and wavelength, causing phenomena such as increased chromatic dispersion within the fiber if a source with high spectral width is used, or if the fiber is transmitting on

multiple frequencies. This leads to the broadening of a signal over its time domain, which can cause signals to overlap by the time they reach transceivers if the fiber is run over a long enough distance.

Furthermore, fiber optic assemblies subjected to temperature fluctuations are also prone to changes in insertion loss. A recent study was conducted on a fiber optic cable assembly designed for use in a satellite1. The cable was constructed using two 22 channel, high-density cylindrical connectors with military termini (Figure 1a). These channels were connected using radiation-resistant fiber in 900-μm furcation tubing, which was further enclosed in ETFE conduit. The device under test (DUT) was then placed in an environmental chamber and a temperature profile was run (Figure 1b). The chamber was first heated to approximately 75 °C, and then measurements were repeatedly taken of the insertion loss of one channel as the temperature decreased to −50 °C (Figure 2). However, at about 35 °C, the insertion loss reached a terminal level, where temperature increases appeared to no longer reduce insertion loss.

One hypothesis for these results is that the epoxy used in the termination of the fibers relaxed slightly at higher temperatures, which led to decreased stress on the fiber caused by imperfections in the cure of the epoxy in the terminus. In turn, the relaxation of the epoxy caused reduced loss from microbending, one of the more common forms of loss in fiber optics. Following similar logic, insertion loss will increase at colder temperatures because of increased rigidity of the epoxy. Another potential explanation for these results may be that as the temperature increased, the termini expanded into each other. This resulted in an improvement in the contact quality between the two fibers, meaning fewer air gaps for Fresnel reflections and other factors to induce power loss at the interface between the fibers.

Another condition that characterizes the aerospace environment is vibration caused by the propulsion system of an aircraft (e.g., the rotors of a helicopter or the thrusters of a rocket). Typical vibrations on many aircraft range from 20 to 2000 Hz, with the majority of the vibrational shock occurring at either end of the cable, in the connectors and termini.

A vibration in a cable behaves in a manner similar to a wave on a string. For the most part, vibrations will simply transmit along the cable and will have little effect on the transmission of information until it reaches the ends of the cable. Since the cable is always mated to a static point, connectors and termini experience the most stress from vibrating. If a connector is not designed to minimize the impact of vibration on the end faces of the fiber, the end faces can move with respect to their mating points, which will lead to alignment issues and thus increased loss and inconsistent data transfer within the cable.

First, the insert with the sockets that accepts the termini is made of rubber, which helps dampen the vibrations. Second, tight tolerances and termini with good pin retention help ensure that each terminus stays locked in its socket with little room to move. Third, the outer shell experiences the majority of the forces caused by shock, which helps further limit internal forces experienced by individual termini. Finally, this style of connector has a wide selection of backshells that can be attached to the rear of these connectors to provide strain relief and prevent the cable from pulling directly on the termini.

Outgassing is often an overlooked consideration when building harsh environment fiber optics for aerospace, but it can greatly influence the choice of components in a system. Although not immediately threatening to mated cables, foreign-object debris resulting from outgassing can limit the performance of other components in an aircraft, such as performance circuit boards, displays, and other circuitry. Polymers, such as epoxies used in the curing of termini, and heatshrink tubing are often likely culprits for violent outgassing. In general, the amount that a material outgasses depends on the quality of the vacuum and the temperature of the material — outgassing will increase according to temperature and vacuum quality.

There are quite a few acceptable selections of epoxies and heat shrink materials for use in aerospace applications. (NASA has a large database of materials and their respective outgassing properties.) For example, any heat shrink in conformance with MIL-DTL-23053/5 should perform well in the aerospace harsh environment.

MIL-DTL-38999 and other militarystyle fiber connectors often have a cadmium olive drab finish, which can be an issue in aerospace applications because of the outgassing properties of the cadmium in the finish. These connectors often come with alternative finishes, such as electroless nickel, which do not outgas as much as the cadmium.

NASA ASTM (American Society for Testing and Materials) E595 is a good reference document to determine whether a given material is low-outgassing or not. The document standard requires that at 125 °C for one day in a vacuum, a qualifying component must exhibit less than 1.0 percent total mass loss, contribute less than 0.1 percent collected volatile condensable materials, and be suitable for use in aerospace applications.

Harsh-environment fiber optic systems have seen increased demand in aerospace applications. Requirements for faster data transfer and reduced weight have resulted in a transition from slower, heavier copper electrical systems (in use since the 1820s) to lighter, faster fiber optics. As fiber becomes more dominant in the aerospace industry, it may start to be used for more than simply communication.

Fiber optic gyroscopes and fiber Bragg grating temperature and strain sensors have been developed to the point where they are being implemented on a large scale in aerospace applications, and they will continue to increase in popularity as harsh environment fiber systems develop and improve.

Jonathon Goldstein is a design engineer at Timbercon Inc. and has a master’s degree in applied physics from the University of Oregon, with a focus on optical materials and devices.

Ian Haas is a design engineer at Timbercon Inc. and has a bachelor’s degree in industrial systems engineering from Binghamton University.

Jason Furtner is a design engineer at Timbercon Inc. and has a master’s degree in applied physics from the University of Oregon.