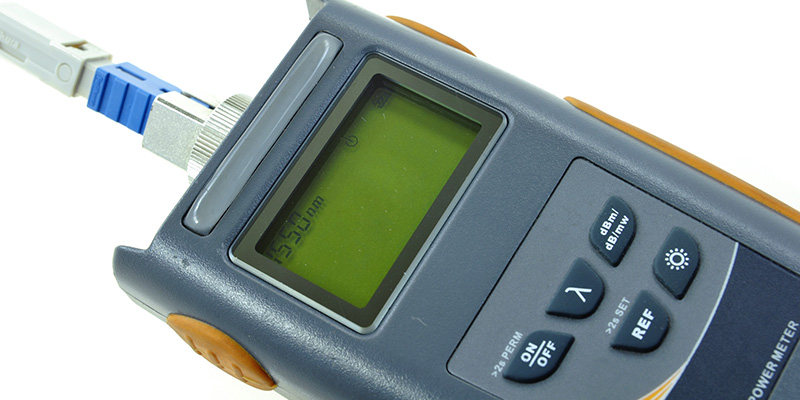 In designing an optical link, the optical link loss budget must be calculated. This reflects the difference of power generated by the transmitter compared to the amount of light the receiver is set to receive. In calculating link loss budgets, first consider the output power of the transmitter. For example, most multimode transceivers have a minimum transmission value of -10dB; maximum receiver sensitivity is set at -17dB. The result is that in a multimode application, with a standard transceiver at 850nm, the dB budget is -7dB. This means that up to 7dB of power can be lost in the cable plant loss and the receiver will still detect an optical signal.

The following table shows the percentage of power lost and its corresponding dB value. At -7dB, only 20% of power is received and yet the optical signal is received successfully. A theoretically perfect optical device would have no internal losses and would transmit 100% of the power, thus having 0dB.

Sign up for the Timbercon newsletter:
This site uses cookies to enhance the user experience, and by browsing this site, you are accepting the receipt of cookies on your browser from this site. To manage use of cookies, please refer to your browser settings. Click here to learn more.
I Accept Learn More